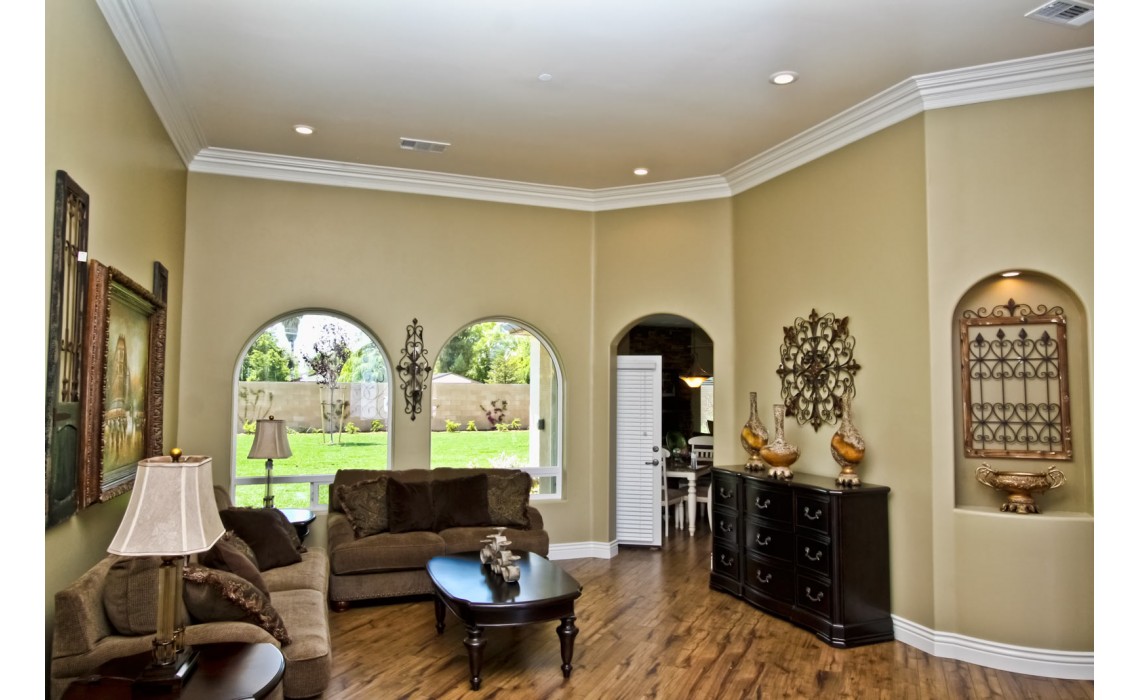 To cover up the top edge of the wall and to give a neat finished look the crown molding is a great choice. It has a number of moldings under it which can be chosen based on the requirement. It can also be used for capping walls and in the case of cabinets. The crown molding is also used for the creation of the exterior and interior assemblies and for the window hoods. While the major purpose is to cover walls it is recently used as a decorative ornament too. They come in the manner of wooden trim or plaster to cover the areas where the walls meet the ceilings.

The crown moldings are generally not flushed against the wall or against the ceiling. It forms a kind of triangle holding the ceiling and the wall. Since this kind of pushes into the corner, the installation process becomes quite tricky. There have to be complex cuts made in order to form the right corners to fix where the two walls meet. People usually go for the compound miter saw in order to cut the corner pieces. There is another popular method used which is known as coping. In this two-step process the mitter is simply cut at first, after which a coping saw is used to undercut the miters.

There are different materials used in the crown molding where the plastic and foam is seen as the popular choice now. It usually comes with the corner blocks which can be done at home with the simple instructions. If you use the coped joints for the interior joints, then it will avoid the trouble of measuring the cut and the degree. It is otherwise considered as the most tedious task since an exact 90/45 degrees is expected. While cutting and measuring the outside corners, special care has to be implied. This is because the outside corners might not all measure the same.

If there is a slight change in the outside molding measurement then it will not hold good for the final cut. Crown molding will add elegance to the wall. It is considered a visual treat. The most used material wood can be kept plain or it can be painted and even stained. Since wood has the tendency to expand with the changes in the humidity the flexible caulk must be used so as to secure the joints as well as the seams. This will usually cost around $1.5 to $45 for one foot.

To lock the ceiling to the wall, there can be no other choice better than crown molding. Giving the right finish to the crown molding will make the wall look elegant and classy and it will add to the royal look. It will rightly be placed in the angle to sit comfortably between the ceiling and the wall. The crown molding can also be used as an architrave or a header. It can also be used as a mantel in the surrounding of the fireplace. Another use is to encase the upper part of a column.