Ceiling medallions are a magnificent go-to to quickly transform a room. They dramatically change the look and feel of a ceiling, making it a focal point where before it was overlooked or ignored.

In this article, we shall look into some of the most commonly asked questions about ceiling medallions.

1.   What are the best spaces to install a ceiling medallion?

How suited a medallion is for any room in your home or office will depend on a number of factors including the style of your home and the rest of the decor.

Traditionally, ceiling medallions were considered an ornate accent and were reserved for large rooms such as a dining or living room that hosts a fixture such as a chandelier. It was also considered a mark of ostentation and as such, was placed in these rooms that would accommodate the entertainment of guests.

While these same ideals hold even today, there are innumerable ways in which to use ceiling medallions. Now, they will not only do in vast spaces- With a smaller-sized medallion for a smaller room, you can have this touch of elegance even in spaces such as a powder room or bedroom.

Moreover, they will go well not just with large fixtures as a chandelier or ceiling fan but also with simpler light hangings and recessed lighting.

2.   How do I choose the right medallion?

The right medallion will also depend on elements such as the style of the home and the existing decor. For a chic, contemporary setting, a simple medallion with crisp lines will do. For a more elaborate setting, opt for a medallion that is equally adorned.

Trim such as crown molding can inform the design of medallion to get. To enhance harmony within the room, consider a medallion whose style will complement that of the molding. They do not have to be exactly alike as long as they give the impression of belonging to the same family.

The material of the medallion will also come into play. Ceiling medallions are often made from light, pliant material such as PVC and high-quality polyurethane. As innovative ideas pop up each day, more and more materials are being used for medallions such as mirrors, repurposed iron, clocks, among a myriad of creative items.

As a general rule of thumb, the circumference of the ceiling medallion should not be equal to the size of the light fixture. Instead, it should either be wider or narrower than the chandelier or the fan. Because a ceiling fan naturally has a relatively large radius, the medallion framing its base ought to be smaller so that the ceiling does not end up too exaggerated.

It is suggested that the ceiling medallion size is about a seventh of the proportions of the room. To achieve this, first, measure the length and the width of the walls in feet. Get the square footage of the room by multiplying this length and width. Divide the resulting figure by 7 to estimate the diameter of the medallion in inches.

While determining the size, other room proportions such as the ceiling height are also worthy of consideration. A tall ceiling deserves a wider medallion and while a lower ceiling will pair better with a smaller piece. A wide disc on a shorter ceiling, for instance, will tend to dwarf the visual proportions of the room even further making the room feel congested.

4.   Do all medallions come with a hole in the middle?

A ceiling medallion is normally fitted around the base of the hanging fixture. It can either come as two halves that will be joined together or as a single, round item. The fixture is meant to go through the medallion and for this, some medallions come with a hole already drilled in the middle.

Some medallions, however, do not come with an already punctured hole. In this case, you will be required to make one yourself, a task easily manageable with a few simple tools. With a sharp knife or a drill, carefully cut a small hole through the material and then sand it over to make it smooth. Most medallions today are made using light materials such as polyurethane which will make the work of cutting a hole easy.

5.   Should medallions be painted?

Color within any space is at the discretion of the residents of that space. To that, every shade you pick out should speak to your unique taste and desire.

Ceiling medallions are often available in white and other hues such as gold, bronze, and black. White is a timeless classic on any interior decor element. It will blend in with the white ceiling to create a continuous flow of color with the embellishing adding a touch of personality.

If you prefer to switch things up a bit, a colored medallion will do superbly set against the ceiling. The medallion can either come pre-painted or you could paint it over in your preferred color. 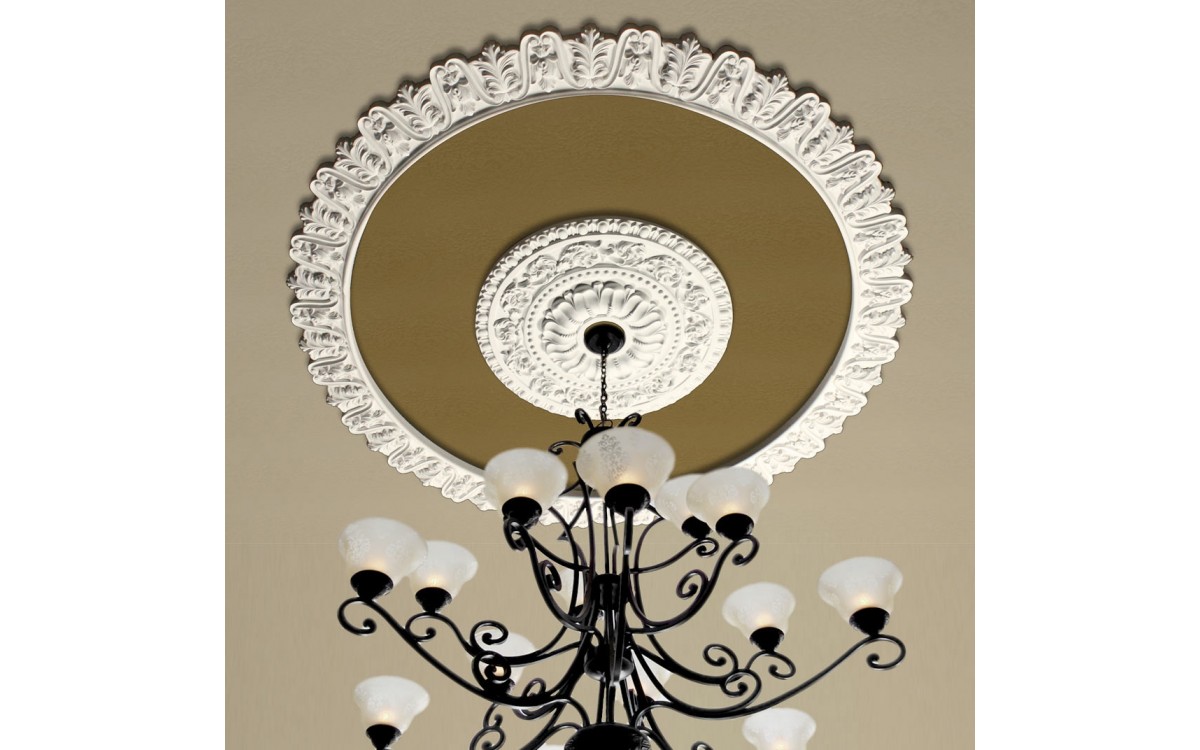 Removing a Ceiling Medallion in 7 Quick Steps
A good medallion will add a touch of class to a formerly bland ceiling and quickly give the room a face-lift. It will cover a light fixture’s ceiling ... 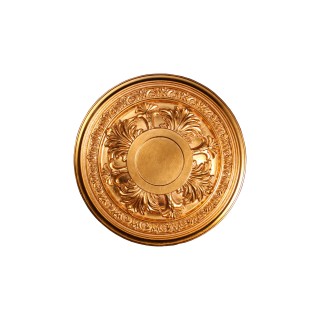 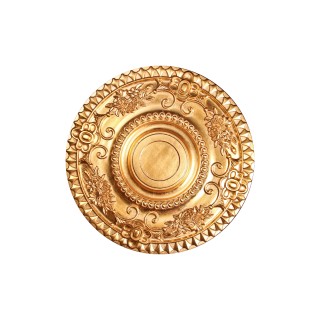 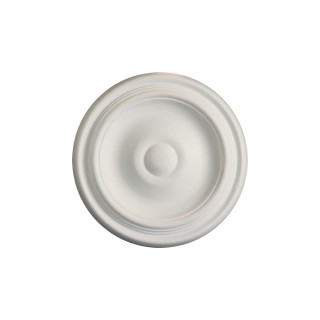